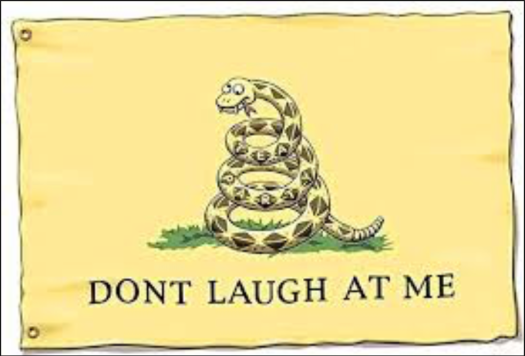 Longtime readers know that at one point in my blogging career-resembling-thing, I wrote for RedState, at the invitation of some very nice people. I enjoyed most of my time writing for the site, and met even more nice people as a consequence of my association with the site as one of its contributors. I resigned as a contributor in 2009, and since then, I have generally held my tongue regarding the evolution of RedState. In part, this was because in the aftermath of my resignation, I didn’t visit RedState all that much, so I had rather little to say about how it might have changed. But in part, my silence could also be attributed to the fact that I didn’t want to say anything derogatory about a site for which I had written an appreciable amount in the past, and where friends continued to blog.

To a significant extent, I am still reluctant to write anything critical about RedState, because in general, that is not how I roll; I don’t like trashing institutions with which I had once been associated. By and large, and with few exceptions, that is not a particularly nice thing to do in many instances. But given the continuing intellectual degeneracy of the modern “conservative” movement, it is necessary, eight years after my resignation, to point out instances in which institutions that are part of the conservative movement are failing the movement, failing honest and respectable conservatism, and failing the country itself, regardless of whether doing so means attacking institutions of which I had once been a member.

Consider this post, written by “streiff,” a longtime contributor at the site whom–to be kind–I hold in minimal high regard (in e-mail debates amongst contributors, I could always rely on him to deliberately or obtusely misread my comments and misrepresent my positions. To this day, I am not 100% sure whether the constant misreadings were the result of a stunted intellect, or a stunted sense of honesty. I would bet mostly on the latter, but the audaciousness with which streiff built straw man arguments out of my words–seemingly thinking that neither I, nor anyone else would notice his glaring misrepresentations–struck me and still strikes me as the height of small-fry stupidity). In the post, streiff discusses one of the more recent utterly irresponsible, immature, pathetic, needy-for-attention comments regarding some kind of coming “storm” made by the incumbent president of the United States in the midst of a meeting with “senior military leaders,” and basically laughs it off, without thinking through for a single moment the serious consequences of offhand, ill-thought out presidential statements:

Trump obviously enjoys winding the media up and he obviously enjoys being a the center of attention. This statement does both things. I really hope the press has better things to do than beclown themselves running after this but I doubt it.

There you have it, folks. Trump, you see, is not an overgrown child engaging in behavior that would make even the most immature of children cringe–with possibly deleterious consequences for international peace and security. He’s just “winding the media up,” because–being the lovable scamp that he is!–he “obviously enjoys being a the [sic] center of attention.” And Trump is something of a mastermind, or something, I guess, because “[t]his statement does both things.” (streiff badly needs an editor; this statement “does” “being a the [sic] center of attention”? Clearly, the queen’s English suffers while in streiff’s hands.) Also, if the press so much as wonders out loud what this “storm” Donald Trump alludes to might be, they are “beclown[ing] themselves.” Because reasons, you see.

I am used to having had to explain the obvious to streiff via e-mail–and then praying that the message would seep through a combination of near-impermeable dishonesty and a seemingly concrete skull–so let’s have traditions continue in this blog post: When the president of the United States states that some gathering could be “the calm before the storm,” and then responds “you’ll see” to obvious and entirely understandable questions about what “the storm” could be (as though he is just teasing the next episode of the nightmarish reality television show in which we are all trapped), this kind of lunatic behavior has potentially dangerous consequences. Allies could get seriously and reasonable discomfited, wondering whether the president of the United States is planning some sort of dramatic military action–especially given the fact that Trump made the comments while meeting with “senior military leaders.” They could view us as unstable, erratic, and not to be trusted, which would be a terrible international reputation for us to carry into a crisis. The military itself could wonder what in the infernal regions is going on, and be discomfited itself (it would not be the first time that this sort of thing happened with Trump). Financial markets could be severely affected; to be sure, chances are that market participants have learned to roll with Trump’s insane, seemingly drug-induced verbal punches, but still, presidents of the United States know better than to belch out comments without any thought whatsoever behind them–they do not want to move markets in radical and alarming ways by using poorly-considered words. In short, the presidency of the United States is serious business, and that means that presidents of the United States need to be serious about the things they say in public, lest foolish commentary leads to truly deleterious and adverse results.

You might not believe this, but there are still normal and sane people in the world. One of them is Leon Panetta, who does more for rational and sane discourse than the likes of streiff ever could or would. His comments make it abundantly clear that he sees the president of the United States as the moronic infant that he truly is (although if I were Panetta, I would no longer pretend to being publicly sanguine about the fact that a moronic infant has access to the nuclear launch codes). It would be nice if the modern conservative movement were as willing to call out juvenile stupidity when it sees it, but given the fact that the modern conservative movement is more likely to aid and abet such stupidity–and perhaps to mirror the Twilight Zone-esque mental imbalance of the alt-right–I am not going to hold my breath waiting for sanity and rationality to break out on the starboard side of the American political divide.