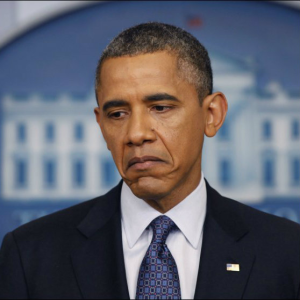 Despite the fact that we have been assured that any and all problems with Obamacare’s implementation are hereby a thing of the past, and that we were foolish to have ever thought otherwise, the fact of the matter is that problems with the health care system exist, and are growing.

Evidence for this was cited in my previous blog post. And more evidence exists, courtesy of this article by Shikha Kalmia:

. . . UnitedHealthcare, the nation’s largest insurer, announced that it might quit ObamaCare’s exchanges next year. Should UnitedHealthcare act on this threat, there may not be enough (red) tape in the desk drawer of even future President Hillary Clinton to put the ObamaCare Humpty Dumpty back together again.

United announced during an investor briefing Thursday that it was expecting a whopping $425 million hit on its earnings this year, primarily due to mounting losses on its ObamaCare exchange business. “We cannot sustain these losses,” United CEO Stephen Hensley declared. “We can’t really subsidize a marketplace that doesn’t appear at the moment to be sustaining itself.”

Avik Roy, who serves as GOP presidential candidate Marco Rubio’s health care advisor, suspects United may just be the first domino to fall. Other commercial insurers, such as Aetna, Anthem, and Cigna, have raised premiums by double digits and still say they can’t make the numbers work in their favor. Hence, they have withdrawn from counties where their losses were particularly acute.

For-profit companies that have shareholders breathing down their necks don’t have much latitude to absorb losses. But even companies that don’t face similar profit-maximizing pressures can’t escape the basic dilemma confronting the industry. For example, state filings of the non-profit Blue Cross Blue Shield show that the company barely broke even in the first half of 2015. In Texas last year, BCBS collected $2.1 billion in premiums and paid out $2.5 billion in claims. If ObamaCare’s condition worsens, such companies will have to scale back their participation too.

And ObamaCare’s condition will worsen. Why? Because not only are far fewer patients enrolling in the exchanges than projected, but those signing up are too old or sick for anything resembling a balanced risk pool.

Even the administration has admitted that ObamaCare enrollment has essentially flatlined, with only 1.3 million new members expected to buy coverage next year, compared to the 8 million projected when the law was passed. This means that overall enrollment by 2016 will be somewhere between 9.4 million and 11.4 million. That’s half — half — of the 21 million initially predicted. So much for universal coverage!

Again, it is nice that there are some news outlets dedicated to covering the scope and nature of this debacle. But there needs to be more coverage. We now know that all those who told us that there would be no further problems with Obamacare once the healthcare.gov website was fixed were, at best, dramatically misinformed. At worst, these people turned out to be liars. They need to be accountable for having either made serious errors of judgment, or for having deliberately misinformed the American public. So, for that matter, does the president of the United States and the members of his administration, and you can bet that if Barack Obama were a Republican, we would never stop hearing about the debacle that is Obamacare.