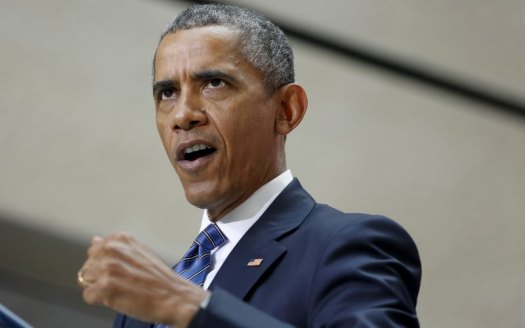 I look forward to the time when we will have a Republican president, and anything resembling the politicization of intelligence will be vigorously denounced by just about every media outlet in existence.

But for now, we do not have a Republican president, so we have to be content with the Daily Beast’s denunciation of the politicization of intelligence:

Senior military and intelligence officials have inappropriately pressured U.S. terrorism analysts to alter their assessments about the strength of the self-proclaimed Islamic State, three sources familiar with the matter told The Daily Beast. Analysts have been pushed to portray the group as weaker than the analysts believe it actually is, according to these sources, and to paint an overly rosy picture about how well the U.S.-led effort to defeat the group is going.

Reports that have been deemed too pessimistic about the efficacy of the American-led campaign, or that have questioned whether a U.S.-trained Iraqi military can ultimately defeat ISIS, have been sent back down through the chain of command or haven’t been shared with senior policymakers, several analysts alleged.

In other instances, authors of such reports said they understood that their conclusions should fall within a certain spectrum. As a result, they self-censored their own views, they said, because they felt pressure to not reach conclusions far outside what those above them apparently believed.

“The phrase I use is the politicization of the intelligence community,” retired Lt. Gen. Michael Flynn, the former director of the Defense Intelligence Agency, told The Daily Beast when describing what he sees as a concerted push in government over the past several months to find information that tells a preferred story about efforts to defeat ISIS and other extremist groups, including al Qaeda. “That’s here. And it’s dangerous,” Flynn said.

At U.S. Central Command, which is in charge of airstrikes against ISIS in Iraq and Syria, analysts have been frustrated for months that as their reports make their way up the chain, senior officers change them to adhere more closely to the administration’s line. Three U.S. officials and analysts spoke to The Daily Beast on the condition of anonymity to discuss sensitive internal matters.

This is scandalous. It ought to be treated as a scandal by every single person and entity interested in practicing honest and rigorous journalism. Instead, for the most part, we get cricket noises from the media. I’d like to think that within relatively short order, we will have a lot of decent journalists and media outlets who will cover the dickens–and more–out of this story, and demand answers from the Obama administration as to how it could possibly permit intelligence to get so politicized. But I’m not holding my breath.

(Photo Credit in the original article.)