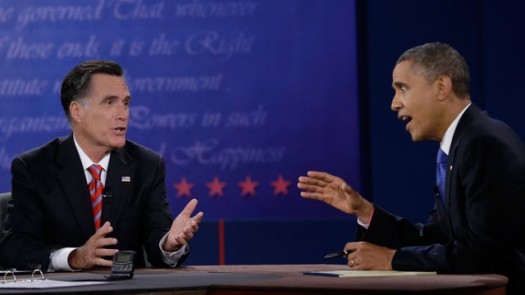 Governor Romney, I’m glad that you recognize that al-Qaeda is a threat, because a few months ago when you were asked what’s the biggest geopolitical threat facing America, you said Russia, not al-Qaeda . . . The 1980s are now calling to ask for their foreign policy back because the Cold War’s been over for 20 years . . . I know you haven’t been in a position to actually execute foreign policy. But every time you’ve offered an opinion, you’ve been wrong.

That was President Barack Obama in his final presidential debate with Mitt Romney, and yes, the incumbent president of the United States really was that snippy and childish with his opponent, whom he regarded with undisguised contempt despite Romney’s record of . . . you know . . . actually accomplishing things.

Now, here is the chaser, which reveals that while Romney hasn’t “been in a position to actually execute foreign policy,” he actually got Russia right, and the incumbent president of the United States was the one who offered the disastrously wrong opinion:

Russia presents the greatest threat to U.S. national security and its behavior is “nothing short of alarming,” Marine General Joseph Dunford, the nominee to become chairman of the Joint Chiefs of Staff, said at his Senate confirmation hearing on Thursday.

“My assessment today, Senator, is that Russia presents the greatest threat to our national security,” said Dunford, the commandant of the Marine Corps, noting that Russia was a nuclear power capable of violating allies’ sovereignty.

“So if you want to talk about a nation that could pose an existential threat to the United States, I’d have to point to Russia. And if you look at their behavior, it’s nothing short of alarming.”

So, Barack Obama’s own nominee to serve as chairman of the Joint Chiefs of Staff happens to believe that Mitt Romney was entirely correct when it came to Russia. An independent, dogged, tenacious and intelligent press corps would not stop hounding the White House about this latest vindication of Romney, and this latest revelation that it was and is the president’s foreign policy chops that should have been–and should continue to be–found wanting.